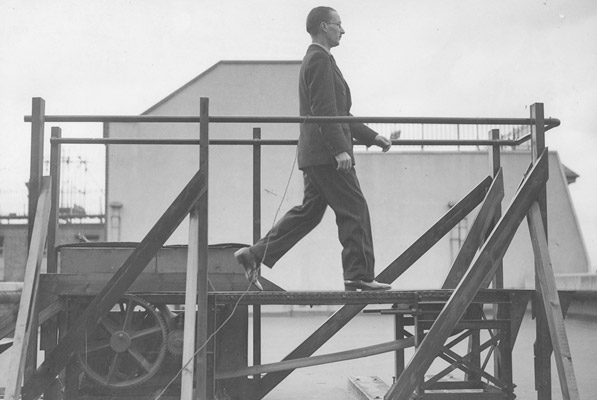 Founded in 1919 as The British Boot, Shoe, and Allied Trades Research Association, the company has developed into an international research and testing organisation now known as SATRA and whose brand is recognised and respected throughout the supply chains of numerous products industries. In its formative years in the 1920s, SATRA operated from offices and laboratories in London and undertook footwear research for British companies referred to as SATRA members. In 1927 companies from British Dominions overseas were admitted to membership, which was the start of SATRA’s expansion to offer technical services throughout the world. 1927 was also the year SATRA perfected and patented its own foot measuring apparatus. 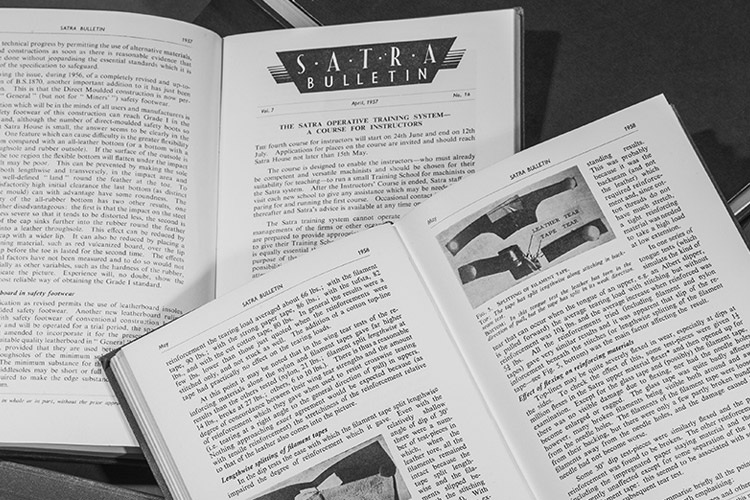 After years of circulating lengthy and detailed reports on individual research topics, SATRA started publishing its monthly Bulletin magazine in 1936 which contained a collection of technical topics in one publication. 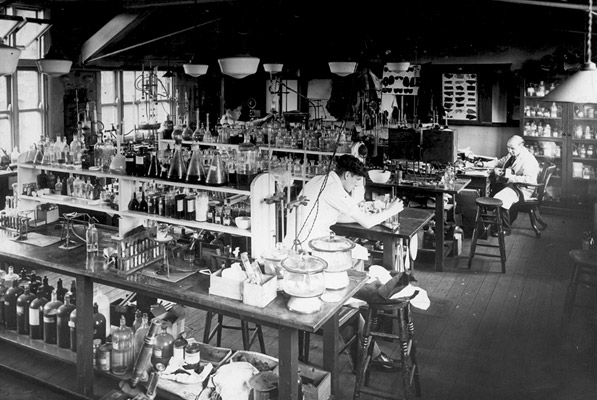 As SATRA expanded, the work area in London became more cramped. When a bomb blast badly damaged the laboratories in 1940 an evacuation to the Boot and Shoe School in Kettering was ordered. Later that year the trade mark “SATRA” was authorised by the Patent Office and the Board of Trade. During the war SATRA worked predominantly on military requirements and any expansion was put on hold due to a shortage of staff. 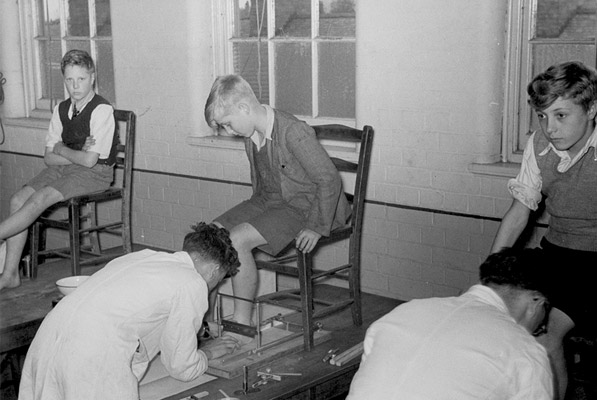 After the war SATRA purchased a property in Kettering which became SATRA House and where the organisation would settle and grow. As well as member companies, the number of staff doubled within a few years and SATRA was very much a hive of research and testing activity receiving requests from all corners of the footwear industry. Work on foot sizing surveys increased and with it the recognition of the importance of correct fit for children. New laboratories were opened by HRH Duke of Gloucester in 1949. The new laboratories and staff were part of the first stages in the implementation of SATRA’s post-war quest for significant technical progress. 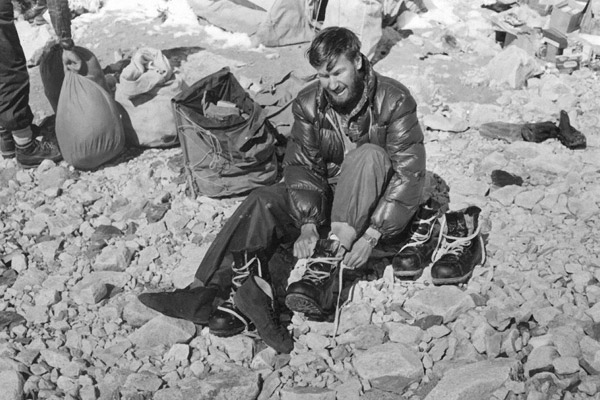 On top of the world

In 1952 SATRA received a request to produce 34 pairs of boots to meet the requirements of the British Expedition attempting to conquer Mount Everest. The boots were designed to provide a high level of thermal insulation for use in high altitudes. Previously used boots would not have kept feet free from frost-bite and were generally too heavy. After the boots were tested in the Alps they were made to measure for each member of the expedition and used as the final assault footwear for the attempt on the summit which was successfully completed by Edmund Hillary and Tenzing Norgay in 1953. 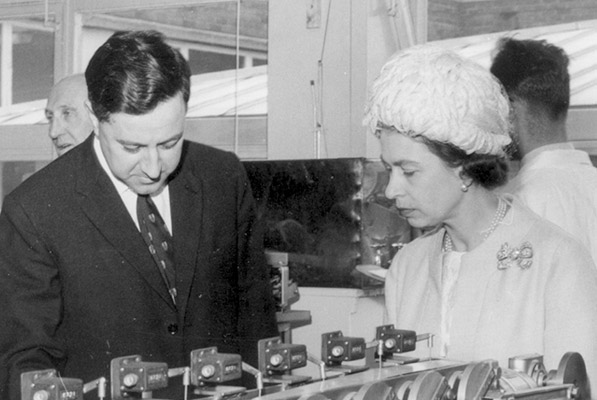 Throughout the 1950s and 1960s SATRA staff started to visit overseas more frequently and the number of member companies reached 1,000 for the first time. Her Majesty the Queen visited SATRA in 1965. Starting from research work in the early 1960s, SATRA developed a moist heat cycle which set footwear shape in minutes rather than the hours or days it usually took. This became known as the moist heat setting process and since then has been incorporated in factories throughout the world and revolutionised footwear manufacture. In 1969 SATRA’s Golden Jubilee celebrations were enhanced when it received the Queen’s Award for Industry. 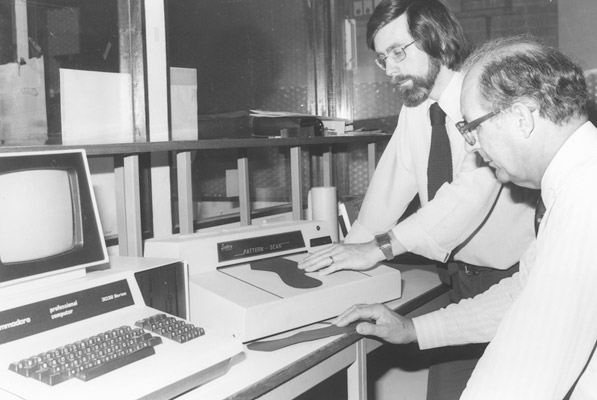 By the time of its Diamond Jubilee in 1979, SATRA was establishing links with institutions and companies in many countries and over the next two decades would come to be seen as truly international in its outlook. It was during this time that SATRA became the first company to create a grading protocol for leather accepted jointly by Asian tanneries and international brands. A number of factory systems were developed to manage labour and production lines, and make the best use of materials and components. These systems have been continually developed over the years and are used by manufacturers and suppliers on virtually every continent. 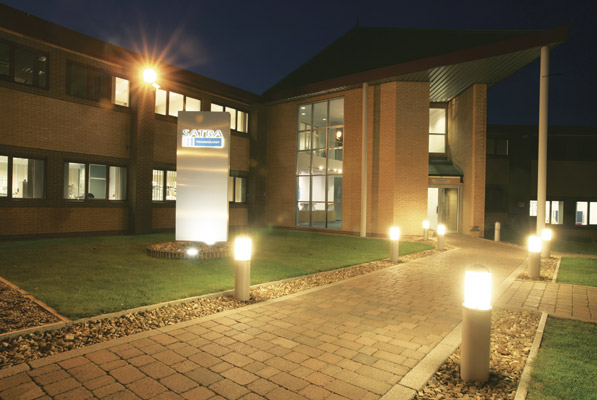 With an established reputation for technical excellence in the footwear and leather industries, SATRA started to consider applying its expertise to other industries. Legislation was often the driving factor, for example CE marking which has been mandatory on certain products sold in Europe since 1985. Personal Protection Equipment (PPE) testing and CE conformity has since become one of SATRA’s largest business areas and continues to grow each year. Toys, furniture, floorings, and automotive components testing followed, as did the manufacture of SATRA’s own test equipment, all based on SATRA’s technical heritage. To house the increased activity, a new purpose-built facility with conditioned laboratories and a test equipment workshop was completed in 2007. 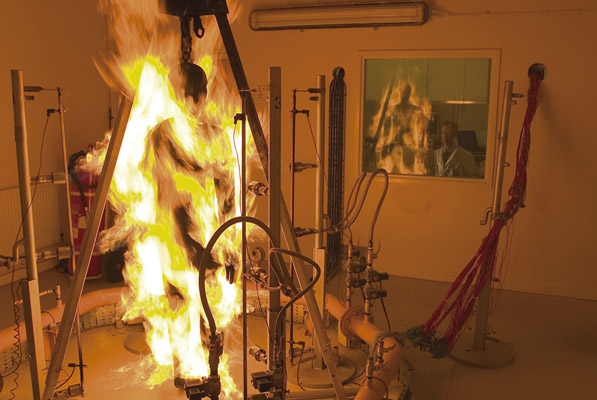 The use of manikins in European safety standards directly related to PPE testing and CE marking was still in its infancy when we commenced the SATRA Instrumented Dummy (SID) project in 2000. SID is covered in thermal sensors and was designed to assess the effectiveness of protective clothing, including gloves, headwear and footwear, in reducing or eliminating skin burn injuries to the wearer. The software that controls SID was written to calculate the resultant heat flux/time exposure from the temperature/time profiles for each sensor, and predict whether the level of burn for that sensor is none, first, second or third. The heat and flame laboratory is unique to SATRA and has been upgraded consistently since it was first developed. The testing follows an established standard. 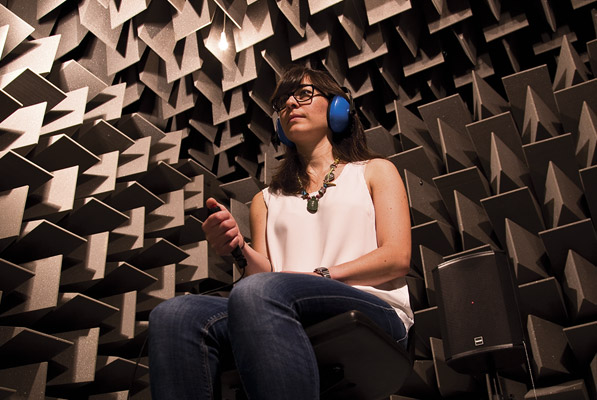 To add to SATRA’s capability in testing and certifying PPE, a hemi-anechoic chamber was built at SATRA in 2012. The new chamber is isolated from outside noise and provides the conditions needed to test hearing protectors to strict European standards – a service increasingly in demand but not widely available. The facility was subsequently developed to include the capacity for testing sound power, emission sound pressure level and peak emission level. One interesting project that came to the chamber was the simulation of jet engine noise to test intercom clarity in aircrew helmets during supersonic flight conditions. 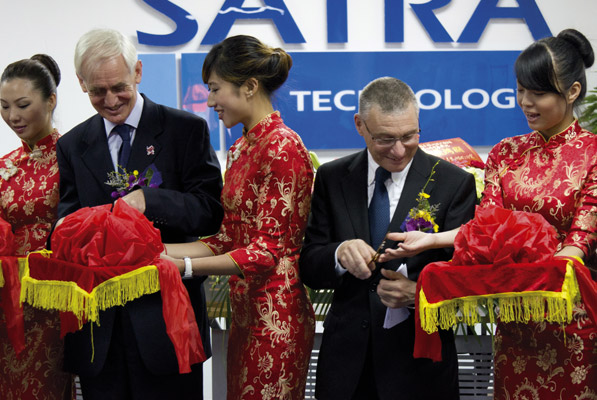 A firm foundation in China 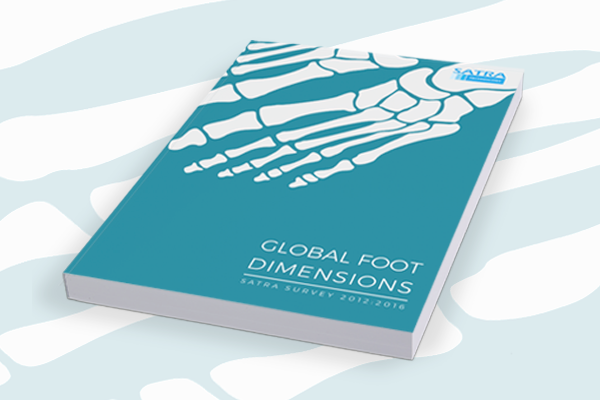 Over the period 2012-2016, SATRA conducted a substantial foot dimensions survey utilising 3D scanning technology to determine the characteristics of modern feet in key geographical areas including the UK, USA and China and to achieve a core understanding of modern foot shape. The collated results of the survey were published in the form of a 300-page printed and bound report in 2017 titled Global Foot Dimensions. 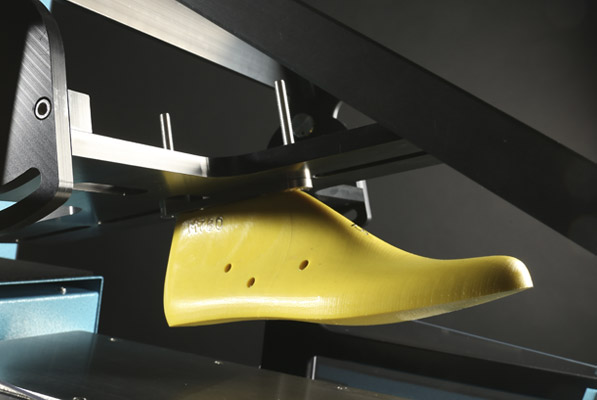 Today, SATRA continues in its pioneering approach and aims to lead the way in areas where it can add value to products industries. Recent projects include: refining the understanding of slip characteristics between footwear and floorings materials; the development of adhesives, the encouragement of innovation in PPE; experimental testing of 3D printed materials and components; the possibilities of virtual testing. 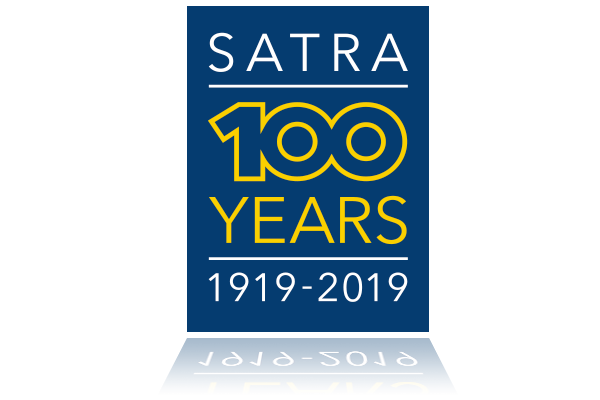 Reflecting on the personalities and innovations in 100 years that helped create a world renowned research and testing organisation.

SATRA commissioned the UK Film School (UKFS) to produce a short film celebrating SATRA’s progress through the generations from the beginning to the present day. The story follows schoolboy Jack’s contact with early footwear testing in 1919 and how his curiosity leads to a legacy that his grandson sees when he visits SATRA in 2019.