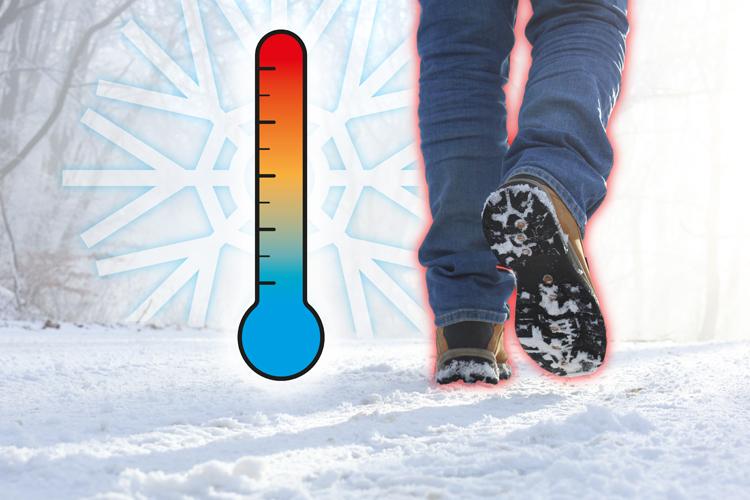 Consumers are very familiar with the ‘Tog’ rating for bedding duvets – the higher the number, the warmer the duvet will be. This simple indication of thermal performance is easily understood for comparison purposes.
For many applications, footwear is designed while considering thermal performance to keep the wearer’s feet warm. However, it is often a challenge to easily communicate this performance level to the customer at the key point of sale setting. SATRA has developed an equivalent to the bedding Tog for footwear – a simple scale to demystify thermal performance called the ‘Footwear Effective Tog’ (FET).
The FET level number is identified by the SATRA TM436 whole shoe thermal insulation and cold rating test. This measures the thermal performance properties of footwear, generates both an ‘R’ value and a cold rating to evaluate the insulation performance, and calculates an effective FET value. The R value – along with others, such as ‘K values’ – are often used to determine insulation performance. While R and K figures are valuable scientific units, consumers are generally not familiar with these numbers, nor do they understand how to apply them. Being a simple number supported by the same science and mathematics used in this cold rating test method, the Footwear Effective Tog is calculated using the same principles and is far easier to communicate performance levels at a consumer level.
The FET scale runs from 1 to 20 – the higher the number, the more thermally insulating the product is, thus allowing the customer to select footwear suitable for a specific end use.
The FET level required by the wearer depends on the activity for which the footwear is worn. For example, when working in a freezer at -15°C, a worker driving a forklift truck (a low-movement activity) is likely to require footwear with a FET rating of no higher than 15, whereas another, who is walking around picking or moving stock (a high-movement role) would require footwear with a FET rating of no more than 10.